Samurai Swords was traditionally made of tempered steel. In contrast to the cutlery used in everyday life, Samurai Swords was carried and handled with great care. Samurai swords’ blade was generally kept stabled in a sheath attached to the sword by iron fittings called “katana locks”. The handle was also fitted with an iron clamp that helped steady the hand when making a fist. Samurai Swords was generally carried in pairs, one tote the other, as there was never enough space to carry two at the same time. 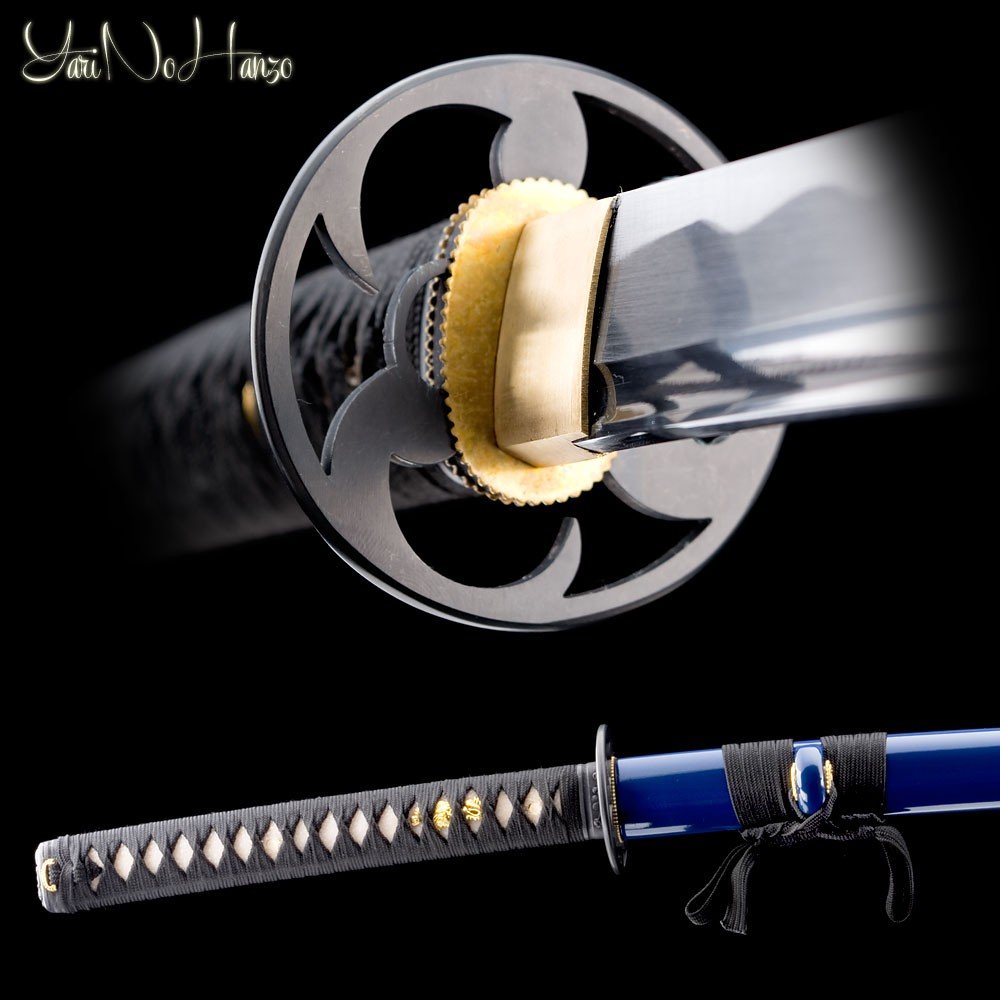 A traditional Japanese katana has a flat, single edged blade with a rounded or square guard and a long grip to fit two handed grips. It was developed later than the standard katana, most likely around the seventh century, and carried as a single weapon by samurai in medieval Japan. There is evidence that suggests that curved blades were much more common among the samurai swordsmen of the seventh and eighth centuries than straight blades. Although straight blades have been found in the possession of some samurai warriors from the eleventh to the fourteenth century, it seems more likely that they came into the possession of the samurai only after the use of Straight Swords by foreign armies had ceased. These curved sword designs are often referred to as “hams” which may well be nothing more than elaborate hangers for hanging weapons.

Although many of the characteristics of traditional Japanese swords are lost in modern times, such as the “rami” (the raised razors edge) which is an integral part of the Japanese sword making process, many of the proven facts of how to construct the actual blades still exist. The shape of most Japanese swords is long and tapering at the center, just as the authentic samurai swords should have. The curvature of the blade is accentuated by the addition of small facets known as “hams”, which can be seen as little slits in the metal. These hams, if present on an authentic samurai sword, must have been selected specifically for that sword’s curvature.

Despite the great technological advances made during the twentieth century, and especially after the First World War, the selection of materials for Samurai Swords still largely remained the same. Steel of course became popular for Samurai Swords; however, most swordsmiths still preferred to work with metal. Metals such as Copper, Brass and even Zinc were favored because of their durability and inability to rust. Metalworking was therefore not an easy task as it still required great effort and skill to bend, twist and curve metals into usable shapes and sizes.

The shape of the blade itself has a lot to do with how accurately a samurai sword smith might create a piece. For example, while most swords would include a cross-section of the blade where the ham would be attached (called a “guard”), other styles would omit this crucial area. The cross-section of a samurai sword is actually the flat portion of the blade right below the guard. While the “guard” is not as crucial as the shape of the blade itself, it is often the choice of craftsmen who prefer a more traditional appearance over the sleek and symmetrical design of much contemporary Japanese swords.

Because the Japanese samurai sword was primarily used for many years as a functional tool, changes in its design and use over time resulted in the simplified design we know today. While the flat style and traditional design remain popular among those who use them, many swordsmiths have also chosen to design and make these more ornate and decorative pieces. In fact, some katana dealers are now even selling curved blade samurai swords.